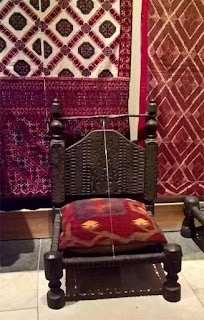 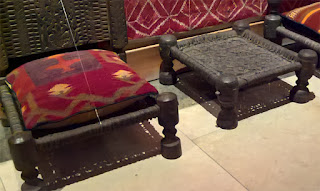 On Tuesday, the drawing group (10 of us!)  met in the comparative calm of the Brunei  Gallery of  SOAS  to sketch the current exhibition ' Embroidered tales and woven dreams'.
UPDATE  - you can read what the rest of the group got up to in Margaret C's  blogpost


Being half term , London was packed with excited children !  It took a long time to settle , surrounded by such gorgeous textiles, but in the end attempted to capture the different textures of  the fabric, basketry, wood and shadows of these stools from Baluchistan. 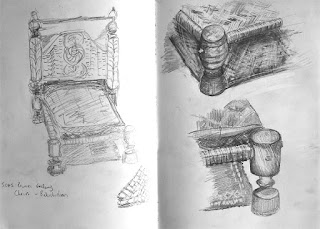 I didn't get the perspective right in the quick sketch so instead  spent my time on the details of the stool legs using various hardnesses of pencil  and 'reverse drawing' with erasers ( better in some areas than others ....) 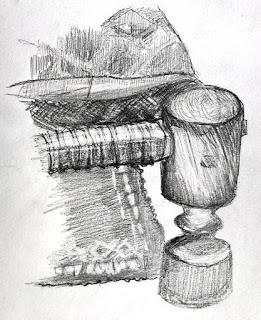 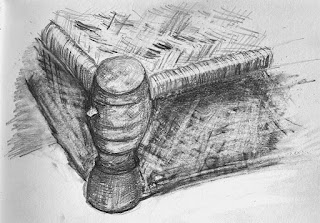 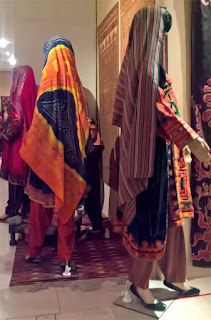 I left relatively  early to return to Faversham, meeting up  with Ian   for an early dinner at ASK  before heading to the Alexander Centre for recording of 'Gardeners Question Time' . The modest ticket price included a glass of wine and  if you wished you could write out a question for the panel. 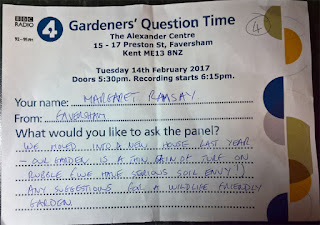 It was both great fun and informative. They were recording 2 episodes and for each chose 8-9 questions from those submitted including mine on suggestions for wildlife friendly garden when you only have thin turf over rubble and serious soil envy! It will be broadcast on 24  March.