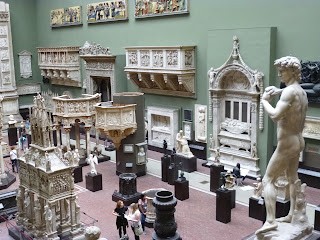 I was up in Yorkshire when the Large Scale Sketchbook  course had their site visit  to the V&A   cast courts   but as its an essential part of gathering information  to be developed later , I made sure I went at the earliest opportunity. I've been  a few times before , mainly interested in the exhibits in room 46a (including Trajan's Column)  which is currently closed for renovations (although you can see glimpses of them shrouded from the sculpture room )   At least it was  relatively peaceful  given it was half term , with lots of sketching stools available, 2 people already hard at work on intricate detailed drawings  and  a helpful steward/guide 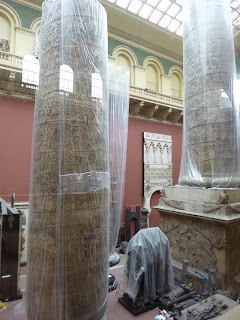 My heart sank rather at all the figurative busts and statues, not my thing at all, but as instructed I made a number of brief sketches  and notes of things that interested me , mainly of the different depictions of folds in cloth of the  various virgin and child reliefs. 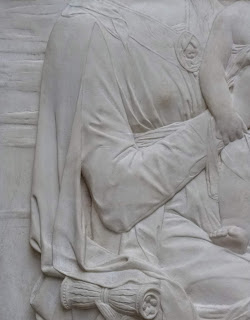 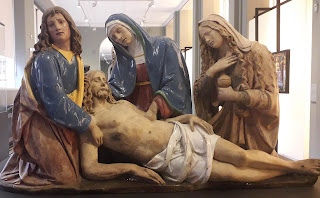 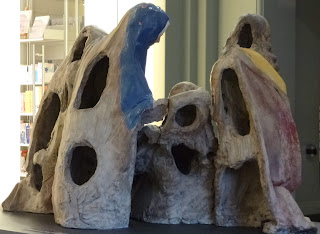 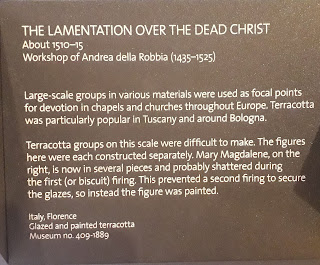 I then went via the sculpture galleries to the Cafe for an early lunch to cogitate on what I might draw in greater depth.  On the walk back, I was struck by how much more I preferred the rough, raw,  back of this terracotta sculpture , the 'unconscious side', but then I do have 'previous' in this regard, drawing the backs of Greek sculptures at the BM ! 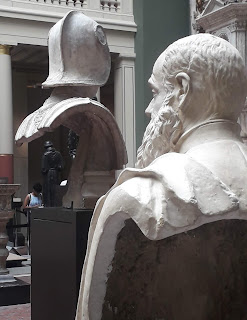 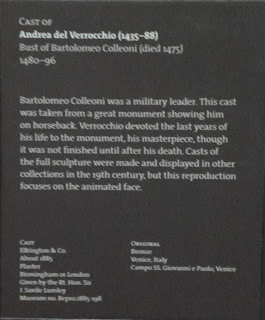 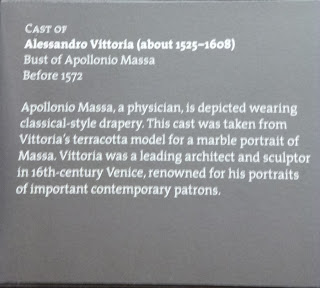 Initially attracted by the curves of his helmet, I ended up drawing the rear view of these 2 busts: 'Bart and Massa" and is often the case, the more I drew, the more I saw. 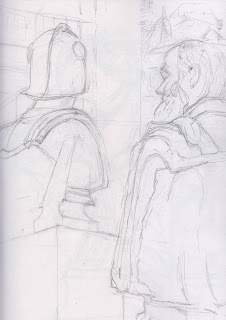 As I used the surrounding architecture  and larger sculptures as references for measuring proportions, the more I got interested in how the lines and forms of the  busts   were echoed in the shapes around them. 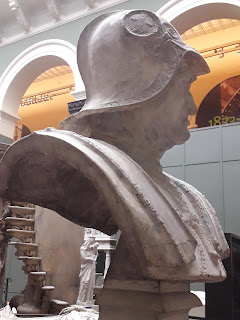 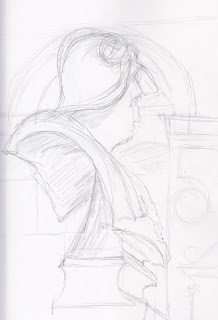 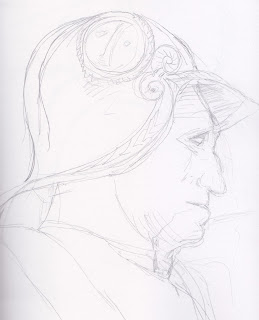 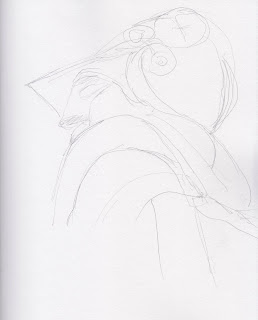 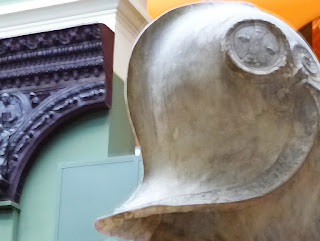 Only then, as per instructions,  did I start taking photos. I'll be missing the  next session too as Ian has a hospital appointment  so I've started playing around in Photoshop to simplify the structures so that hopefully I'll have lots of material to play with in  week 5 of the course. Already I can see so much potential in what initially seemed a pretty uninteresting subject. 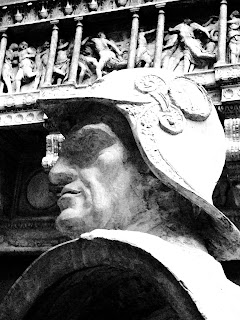 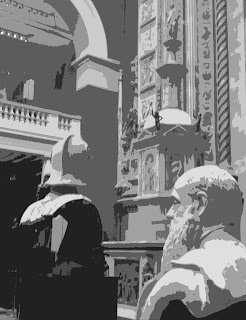 After such a lovely day out, I had a horrendous  journey home. I got to St Pancras  after 3, in time for the 15.25  train, to find that trains had been cancelled and or delayed due to bad weather and lightening strikes . Stood for 2 hours on the platform, Ian joining me for supposed 16.25, couldn't physically get on the train when it arrived , thrown off the second as all trains from St Pancras cancelled due to trespasser on line at Ebbsfleet.  As it was now after 6pm  we went for  a meal ( and glass of wine) at Pizza Express  before heading off to Victoria station where train only 45 minutes late . Arrived home at 10pm, still recovering, at least Ian was working from home today!  I did have my train stitching with me but funnily enough none was done!